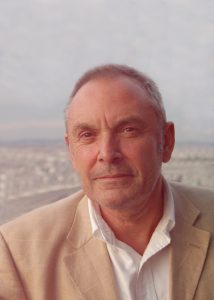 A music revolution began in London in the 1960’s. It was a special time in history that has yet to be repeated. Tony couldn’t help but be lured into this music movement. He followed his passion for music and began a career that took him around the world and gave him life experiences that most people can only dream of.

During this journey, Tony Wigens has become one of the most well respected tour managers in the industry. He has worked with legends in the music industry – Paul McCartney, Michael Jackson, Eric Clapton, Annie Lennox, Mark Knopfler, and Herbie Hancock as a small sampling. He’s toured with the bands Aerosmith, Iron Maiden, Dire Straits, Steve Miller Band, Spice Girls, and the Eurythmics. From large arena or stadium tours, to festivals, theaters or intimate private functions Tony has been relied upon by top artist managers and agents to look after their clients when they are performing.

Life and work for Tony has not always been on the road. Over his career he has had other involvement in the record and music industry which provides him with well-rounded practical business experience. He co-managed the Italian singer, Zucchero, with Roger Forrester. He worked for CBS as Manager of Tour Administration for CBS & Epic clients such as Boston. Tony spent eight years as Head of Touring at 19 Entertainment. He was brought aboard by Simon Fuller to revive the live touring property of the industry changing television show, “American Idol”. Tony redeveloped this live version of the show into a multimillion-dollar touring entity with franchises across the world, as well as successfully launching the popular “So You Think You Can Dance” tour. He remains one of the top go-to persons when a popular television series or network wants to explore developing a live touring format to their enterprise. Tony’s consultancy work has also led to exploring touring concepts from golf, to F-1 Racing, to taking Thomas Keller’s The French Laundry restaurant on the road.